In March 2008 PanCare – the Pan-European Network for Care of Survivors after Childhood and Adolescent Cancer – was founded in Lund, Sweden, at a meeting attended by 26 representatives from 13 European countries.

PanCare’s philosophy is based on the Erice statement, which was formulated at an international meeting held in Erice, Sicily, in 2006. It defines cure and care of long-term survivors of childhood cancer as the starting point of our work.

In autumn 2013 PanCare became a legal entity (a Society) under Dutch law. Founding members were the 15 current Board members. In the spring of 2014, PanCare was granted charitable status in the Netherlands.

Started as a small network, PanCare has grown into a network with 250+ individual members. 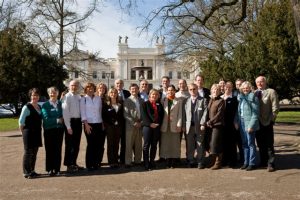